I am disgusted to learn that on 14 June 2017 Pocklington Town Council (PTC) confirmed their renegade status by voting against a decision made by the ERYC Standards Committee. 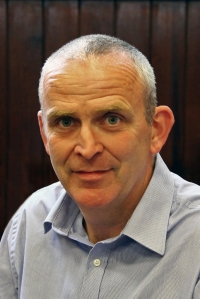 PTC voted against the ERYC Standards Committee recommendation that Councillor Martin Cooper must apologise to local resident Stan Tindale for his vile communication. Councillor Cooper had attacked Stan on social media telling him to get off his backside. Stan regularly falls over due to Parkinsons.

“There was a discussion about the social media policy and the one sent out was considered not be workable. The Clerk will send out some others for consideration.

The policy was considered following the recent report received from the Standard’s Board concerning a complaint made against Cllr Cooper. Cllr Cooper reported that he may have tiptoed over the line and apology was given, Cllr Strangeway got hold of it and put in a vexatious complaint to the Standards Board. Stan Tindale said I had not upset him, and has also publicly said he will not accept an apology. All this was given to the Standards Board and oddly they still suggest I apologise.

Town Council discussed and the consensus was that there was no case to answer. Cllr Cooper commented on the effective role of the Standards Board saying “That is would appear this odd decision is once again proof that the when ERYC councilors push the boundaries efforts are made to diminish the impact on that councilor, yet when a Town or Parish councilor is sited in a complaint the full weight of ERYC SB is moved against them, which as we are volunteers without protection or support from Democratic Services is vastly unfair”

NB: I did not make a vexatious complaint.

The decision by PTC has demonstrated that they are a renegade government body.

To show such a public disregard for ERYC Standards and indeed the Code of Conduct undermines the relationship between the District and Town Council.

I find myself in an impossible position. On the one hand I believe the findings of the Standards Committee must be respected. Yet on the other I witness the conduct of PTC that highlights a lack of support for the Code of Coduct, Standards Committee, and local residents.

Indeed the conduct of PTC renders the Code of Conduct null and void.

Due to the conduct of PTC I stand on the following points of principle.

Could I please refer you to https://andystrangewayindependent.com/2017/07/27/ptc-voids-eryc-standards-regime/

Could I invite Councillor Mole and Councillor West to publically support the decisions of the Standards Committee?

This entry was posted in Complaint, ERYC, Pocklington. Bookmark the permalink.
Loading Comments...