Posted on October 1, 2017 by andystrangeway

The Pocklington double yellow lines is on the verge of turning into a fiasco.

An ERYC officer has stated:

“There are no proposals at this time to change the position or number of lines in this location.”

Furthermore, in the Pocklngton Post online, a spokesman for East Riding of Yorkshire Council said:

“The lines in question are not double yellow lines, they are single yellow lines at either side of the parking bays and have been put down to reinforce the current parking restrictions in those bays on Market Place.

Drivers are using the bays as normal without any problem, and no complaints have been made to the council”.

I fully agree with ERYC when they state “ have been put down to reinforce the current parking restrictions in those bays on Market Place”.

In football speak – an own goal. 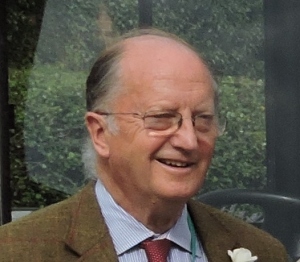 This morning I was copied into an email from my fellow Ward Councillor for Pocklington Provincal Claude Mole who stated:

“A number of Pocklington residents are getting excited and confused, including myself I must add, by the appearance of double yellow lines in the parking bays opposite Barclays Bank.”

I fully agree with this statement.

I have sent an email to the relevent ERYC officers to request that common sense prevails and the double yellow lines are removed.