Finally, someone in the ERYC Tory Group is in with a real chance of the job they’ve been promised.

In 2007, new boy David Cameron charmed the voters, and Cllr Parnaby was gifted an enormous majority at County Hall. I’m told his private reaction on election night was fear at how to control such a big group. Whoever takes over will face the same problem. ‘Our man in the group’ Cllr Willie Lissen asked me to pass on these words of wisdom. 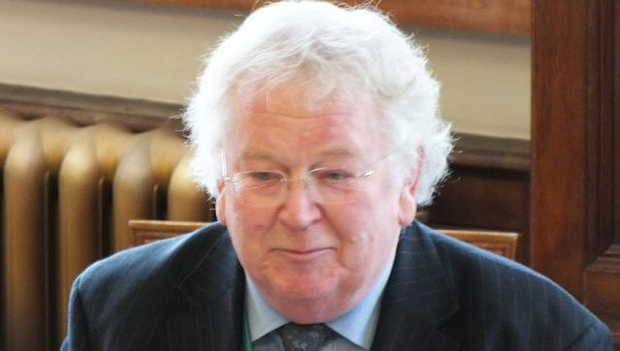 All control methods need both carrot and stick. As Leader, your carrots are titles and paid positions. Put your Group Secretary top of the loyalty list, as they distribute the carrots and monitor performance, whilst you maintain aloof. Announce that your door is always open, but never be seen by the masses except at ‘top table’. Only the most loyal courtiers earn access to your inner circle.

ERYC gives you £360 per councillor, so you’ve got nearly £20k from taxpayers to play with, so you can discretely top up the Secretary’s pay to the same as a Cabinet member. Pay your Whips to wield the stick; they are personal appointments who take the blame for bullying, and you can change Whip at the slightest hint of trouble.

With your Secretary, you decide who gets the paid jobs of cabinet, committee chairmen and vice-chairmen. The Fire Authority, where someone else pays the bill, is a good carrot too. There are not enough carrots to go around, so tell a select few, privately, that you think they are the next Leader, but to keep their head down for now to avoid jealousies. Say you are forced by past loyalty to keep certain people in good posts. This kind of secret works for as many as are gullible enough to believe it, and portrays you as an honourable victim.

The jobs hand-out is annual, so using the stick at regular group meetings is important. Shame anyone who steps out of line even a little bit. Members voicing their own opinions, or daring to question your disciples, must be stamped on quickly. Fear is a powerful tool. Tell your flock that you see a wolf in sheep’s clothing threatening the group. Imply knowledge of a ‘small group of malcontents’, and let others demonstrate loyalty by leading the hunt. In big groups there are always potential scapegoats. Any press article, or social media comment will do to start the condemnation. Then it just needs an occasional top up.

You are at your weakest at the group AGM. Give a credible performance as the fair leader allocating jobs on merit, otherwise you and your cronies are open to challenge. Some tinkering at the edges, to support the message of your ‘jam tomorrow’ speeches, should do the trick. Give knowing looks to each of your secret successors at key points. Over the four year cycle between elections, follow this pattern:

We fought a successful election. Welcome to new members, you’ve lots to learn. Work hard and you might reach committee chairman or even cabinet. ERYC is a well-run authority, achieved through sensible steady leadership, not constant change as elsewhere. [A dig at Hull City Council, the old enemy run by other parties, promotes unity] Let’s keep a steady hand on the tiller, whilst new members learn the ropes.

I won’t be Leader for ever, so am planning my succession. New members are showing talent. To progress you need to understand how the council works – budgets, targets, regional partnerships etc [make it sound complex] so anyone serious should attend Cabinet pre-meetings [where you can test loyalty and opinions].

We’re half-way though our term of office and need to plan the next election. Some long-serving members will stand down and those demonstrating ability will get your chance soon.

Less than a year to the election. You all need to be busy working in your wards and campaigning. Don’t rock the boat. There will be plenty of change after the election.

This cycle can be repeated for decades. Any complainants are easily labelled as jealous malcontents and ‘not team players’.