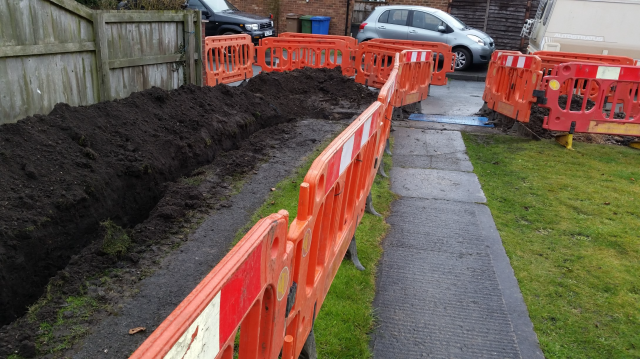 They dug a trench down the side of the residents garden. After the cable was dropped into the trench, they turned up with a tipper truck and dropped a load of rough soil with grit and bits of rubble in it leaving it uneven and rough, saying they would return to level it all out and reseed it when the weather improved. When they left the residents noticed that there was a hole in the footpath where the tipper had used an extender stabiliser, creating a deep hole (around 2 ins deep and 8 ins across).  The resident rang ERYC and O’Connor Utilities about the hole, considering it a trip hazard. No action was taken by either party to fill it.

The resident rang O’Connor again and a man from there came to have a look about 3 weeks ago (21/04/18 ish). Although pleasant and polite, he was somewhat dismissive about the state of the land. He said that they would return when the weather improves (yet again) but also said they will be returning anyway digging it up again near the substation as the new cable had not been connected. He also said the residents would not be able to use their driveway as they reseed it.

The grass in front of the substation does not form part of the residents garden area, but has never been maintained by ERYC or the electricity company. The residents have kept the grass mown and tidy. They are still trying to keep it tidy, but in its current rough condition this is far from easy. 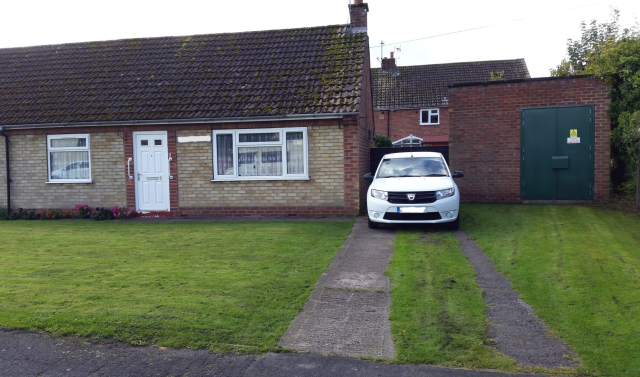 Given the disturbance to the residents and the fact that they have, without payment, maintained the grass for many years I have requested ERYC to contact Northern Power Grid to ask that the grass is put back to a reasonable condition.

In addition I have requested that the hole on the footpath is repaired to an adequate standard.

This entry was posted in Barmby Moor, ERYC. Bookmark the permalink.