On the 7th November 2017 Mathew Buckley wrote to the gentleman involved and stated: 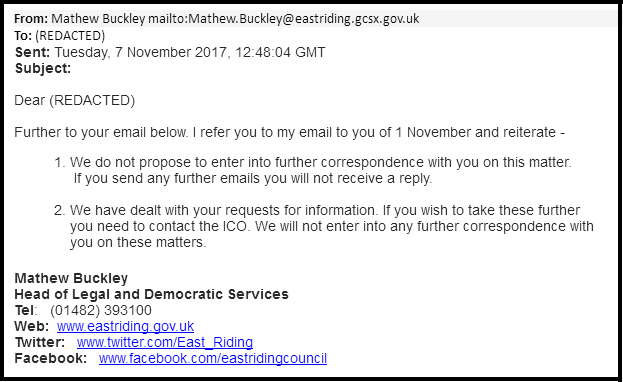 This is the fifth failure that has been exposed in less than two weeks.

How many more failures will be exposed?

Is Mathew Buckley competent to be ERYC Head of Legal and Democratic Services?

This entry was posted in ERYC, Legal. Bookmark the permalink.