Posted on July 1, 2018 by andystrangeway

The following is reproduced by kind permission of North Yorks Enquirer.

I am grateful to the Hull Daily Mail for it’s hilarious coverage of Councillor Andy STRANGEWAY [Ind.] and his one-man campaign to expose the Council’s utterly useless Standards regime for the toothless, meaningless, wasteful charade that it is. 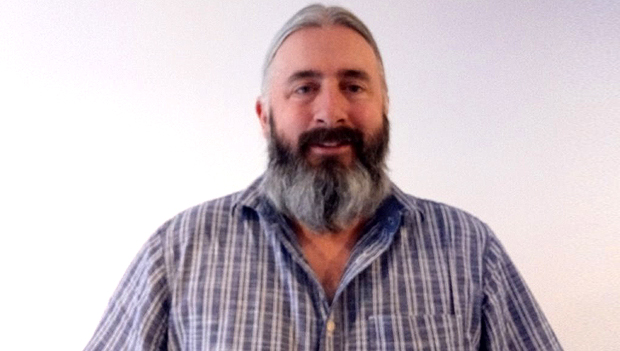 I have lost count of the number of times I have pointed out to ERYC CEO Mrs Caroline LACEY and Monitoring Officer Mathew BUCKLEY a number of  major defects in the Council’s Standards regime – and offered my services, free of charge, to assist in urgently needed reform. To no avail.

Even though the government has recently concluded a nationwide Consultation preparatory to a number of putative statutory adjustments, BUCKLEY and LACEY persist in the erroneous view (or pretence) that all is in order at Beverley County Hall. It most certainly is not. Perhaps they prefer things as they are; except that it is precisely the inadeqacy of the present Standards regime that is preventing them from silencing STRANGEWAY – the real object of the exercise.

They will now, no doubt, eagerly (however belatedly) embrace governmental implementation of a more stringent regime.

But Councillor Andy STRANGEWAY [Ind.] has adopted an unorthodox approach that slips between the cracks of the present wholely inadequate arrangements – satire. 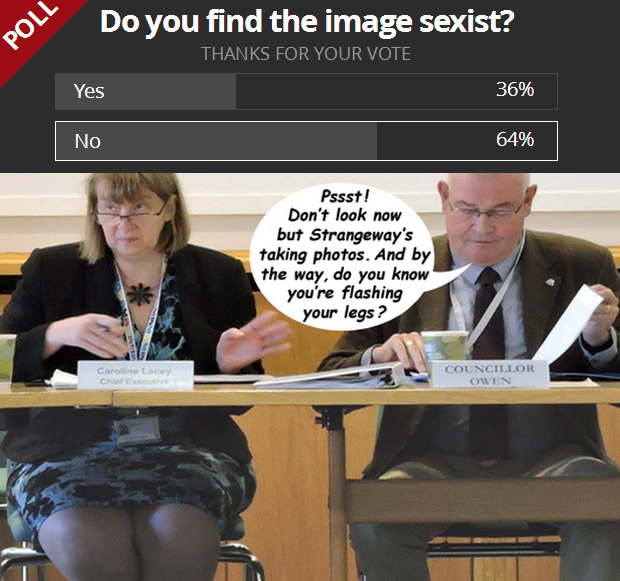 Harmless fun. Only the PC Thought Police could take issue.

But ERYC would be horrified if the next image in the series were to be accurately entitled “Lacey’s Lacies”.

In my view, it matters little that Hull Daily Mail readers have voted 2-to-1 in support of the STRANGEWAY debunking sense of humour.

Equally, it matters not one jot that Tories and Senior Officers should show themselves to be prepared to instigate an abuse of the Standards process in a rather petty but futile attempt to discredit Andy STRANGEWAY – who has mounted more opposition to the ruling Conservatives than the rest of the Council put together. They want him gone – before he exposes the next big scandal (and, having seen a preview, I can  assure readers that there are certain to be defections).

What really matters is that two readers out of three recognise that the unorthodox Councillor STRANGEWAY is entitled to his little jokes because he gets through more ward and casework than any other Councillor, challenges waste and corruption more diligently than any other Councillor and maintains an open and transparent dialogue with taxpayers like no other Councillor, past or present – and all without being a supercilious, pompous, self-opinionated sycophant, as are many of his critics. His integrity and his uncluttered sense of right and wrong sets him apart. That is what right-thinking people want from their Councillor. That is what they want from their democracy – not a bunch of jumped-up, pombulous old duffers who treat public service as an ever-filling cup.

Good, decent, honourable Councillors have tried in the past to ‘drain the swamp’ at ERYC – and fallen by the wayside on account, ultimately, of their own innate fear of ‘authority’.

This entry was posted in Complaint, Conservative, Media. Bookmark the permalink.
Loading Comments...