Pocklington Mayor, Councillor Dean Hodgson, used his casting vote to give a snub to etiquette by voting for himself to continue as Mayor for another year. 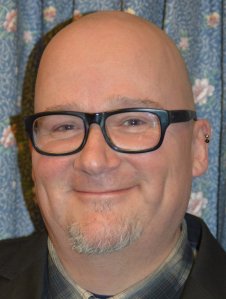 I am informed that the vote for Mayor was tied between Cllr Hodgson and Cllr Terry Jones. As Cllr Jones was the Deputy Mayor the previous year with Cllr Hodgson the Mayor etiquette should have dictated the Cllr Hodgson used his casting vote to vote for Cllr Jones to be this year’s Mayor.

Cllr Hodgson is obviously the King of Meglamaniacs and has no respect for etiquette.

It appears that Cllr Hodgson, his wife Cllr Ruth Hodgson and Cllr Martin Cooper conspired to achieve the shameful outcome.

Since the vote both Cllr Jones and Cllr Dee Sharpe have resigned.

With PTC facing financial meltdown over the CCTV fiasco, Cllrs resigning and etiquette being ignored the writing is on the wall.

This entry was posted in CCTV, Pocklington. Bookmark the permalink.