Posted on November 28, 2019 by andystrangeway

There has been further evidence this week that Public Spaces Protection Orders (PSPOs) are nothing more than a Councils tool to intimidate, yet when stood up to they all run away. 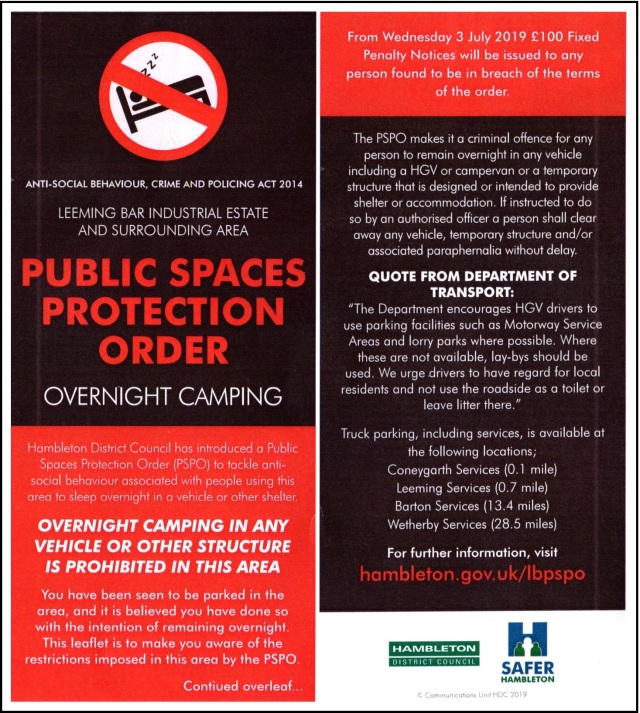 On Monday 25 November I reported the Hambleton Council U-Turn On PSPO (click on link).

Please see the article in the Darlington And Stockton Times (click on link) confirming this.

“In 2016 Wrexham council introduced two (PSPOs) which saw fixed penalties of £100 issued in the town centre and Rhosddu.

But a freedom of information (FOI) request showed of the 183 fines issued over three years only nine were paid.

The council said penalty notices were normally handed out as a last resort.

Conservative councillor Hugh Jones, the authority‘s portfolio holder for public protection and community safety, said: “When the PSPOs were introduced, we were very clear that enforcement under the new orders would be a last resort. Instead, the prospect of enforcement would act as a deterrent… enforcement can only be part of a wider effort involving partner agencies, and the provision of proper support.”

Law In Many Forms

In the UK law comes in many forms:

So why would WC issue 183 fines receive payment for only nine but not take legal action on the other 174? Would they do the same for a Parking Ticket? Would the Police issue Court Summonses to 183 but forget about 174 when they don’t turn up in court?

The clues are there for all to see “Penalty notices were normally handed out as a last resort” and “The prospect of enforcement would act as a deterrent”.

WC, HDC and all Councils in England and Wales are as aware as I am that the truth is that no Council could ever achieve a successful prosecution in a court of law for a breach of a PSPO if defended by an above-average brief or an uneducated house painter with a ponytail. Hence like a schoolyard bully they run away when stood up to.

The Government introduced the required legislation for PSPOs to cover up their failure to deal with crime due to Tory Austerity and to intimidate. Councils, via resident appeasing Councillors, then introduce them to intimidate.

But what happens when the truth gets out that they are unenforceable?

Come And Get Me

I look forward to HDC attempting to prosecute me in a court of law for remaining in a vehicle overnight because it is anti-social behaviour.

I have sent a link to this article to the HDC Cabinet.

This entry was posted in Hambleton, PSPO. Bookmark the permalink.