Posted on January 29, 2020 by andystrangeway

For over four months, during the period of the darkest nights, a bollard on the A166 in Stamford Bridge has been turned in the wrong direction. 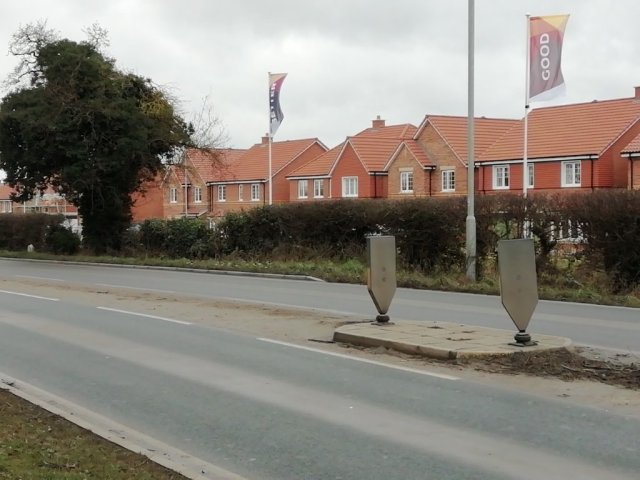 As the former Independent ERYC Ward Councillor for Stamford Bridge, I have avoided “stepping on the toes” of the current Conservative Councillors despite the fact that many residents still contact me for assistance.

The bollard sits on the boundary of the Pocklington Provincial and Wolds Weighton Wards. Given the location, I am at a loss why none of the six Conservative ERYC Ward Councillors or ERYC Highways Department has addressed this obvious safety issue.

Hopefully, this post will result in the required action.

This entry was posted in Roads, Stamford Bridge. Bookmark the permalink.
Loading Comments...