Posted on July 6, 2021 by andystrangeway 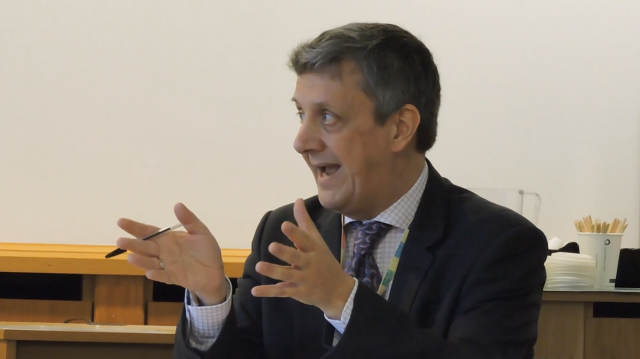 Please read the Briefing Note that makes it “Official” who the top campaigners are!

The recent catalogue of failures by ERYC Councillors and Senior Officers demonstrates the reason why I will continue to robustly hold them to account via the Court Of Public Opinion.

I would suggest that many of the ERYC Councillors are no different to spoilt children in a playground.  In simple terms, do the job in hand or step down. Instead of crying to Mathew Buckley when a resident holds them to account, Councillors should address (and prevent) examples like the four above arising. Sadly, there is little chance of this happening as their egos prevent them from seeing how truly incompetent they are, whereas Ofsted, the Planning Inspectorate, 48 vulnerable families and ICO fully support my position.

The incompetence of Mathew Buckley never ceases to astound me. This is typified in HIS Briefing Note:

I can confirm to Mr Buckley and the childish incompetent ERYC Councillors that I currently hold an abundance of documents awaiting publication that is stored in various locations and on numerous computers. There are the Lisseter Files and then there is… I am in no rush.

I offer the full Briefing Note, sent to ERYC Councillors on 21 June 2021, in full to the Court of Public Opinion. It is not for me to comment in relation to the email sent by Mr Thorne. I am sure if he wants to respond he will do so himself.

I have been asked to produce a briefing note for Members following the  abusive email from Tim Thorne ( who occasionally posts on the North Yorks Enquirer Website ) and a post that Andy Strangeway has brought to Members attention on his own website Andy Strangeway – Independent.

The first thing to say is that we do take threats and harassment of Members and staff seriously and have taken action where appropriate. As an example we reported an individual who had been sending abusive correspondence and making abusive telephone calls on multiple occasions to staff and Members to the Police. This resulted in the individual being prosecuted for malicious communications on two occasions.

To put things in perspective those prosecutions came after the individual had been sending such correspondence and making such calls for a period of months. The Council had implemented procedures to protect staff and Members from the abuse and had warned the individual that his behaviour would be reported to the Police. Reporting the matter to the Police was the last stage in an escalated response following other actions to contain the impact of the actions of the induvial on staff and Members.

The second thing to say is that I understand Member’s concerns I have been subject to abuse on websites myself  , including being called a bully , incompetent and corrupt. I understand how disheartening it is to have statements made about you on social media which you know are untrue.

The email from Tim Thorne

Dealing first with the email from Tim Thorne. The content of the email is clearly abusive and offensive ( and could have used a spell check ). The element that concerned Members was –

I look forward to the time when capital punishment is repealed and we can start executing you useless cunts on Pay Per View TV.

I have contacted the Police to ask if they consider that the above would be a Police matter. I have made it clear to some Members that I do not consider that it is. The threat is not directed at any individual. He is ranting. However it is a matter for the Police whether this communication is actionable and I await a response from them. We have however taken action as we have in the past to protect Members from future abuse from this individual. I have advised Members to block Mr Thorne’s email address and not to correspond with him. I have also written to Mr Thorne making it clear that the content is offensive and we are considering reporting the matter to the Police.

Taken on its own I do not consider that the email from Mr Thorne would constitute harassment. It is a single email. In the case I  set out above the Police took action and prosecuted the individual after a period of months of multiple abusive communications. The Police have been clear in the past that for threats to be actionable by themselves either as threats or malicious communications there has to be a sustained campaign of threats abuse or intimidation. A one off email would not usually warrant a response from the Police but this clearly will depend upon the content. If Mr Thorne makes contact with a Member or Members again we can revisit our response. I think that the actions that we have taken thus far are proportionate to the email sent by Mr Thorne.

There are two locally based websites ‘ North Yorks Enquirer ‘ and ‘ Andy Strangeway – Independent ‘. These websites ( especially the latter ) sometimes feature posts that refer to Members of the Council. These comments refer to Members generally or refer to specific Members. The content of the posts can be critical of Members.  Both websites style themselves as websites that challenge the actions of the Council and Members in the public interest. Both claim to have a wide public readership.  Authors who post on the websites will sometimes write to Members bringing a particular post to their attention and / or offering Members a ‘ right of reply’.

The best way to deal with postings on such sites is to ignore them. The reasons for this are as follows –

We Are The Champions

I dedicate this Queen classic to my fellow campaigners at the NYE.

How does it go, Mathew?