In a letter sent to East Riding residents, ERYC has confirmed that they are encouraging fly-tipping while at the same time punishing Refuse Collectors. 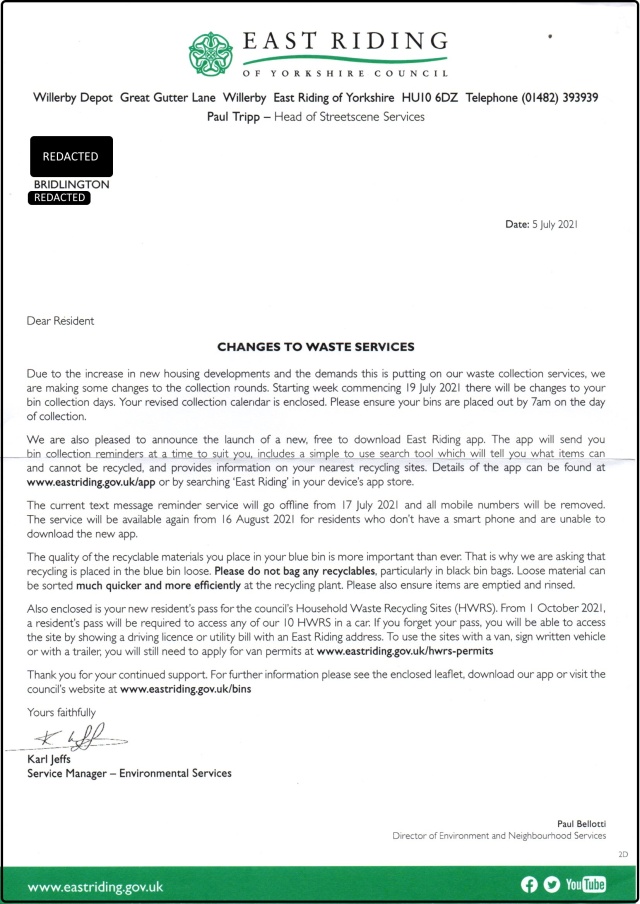 The letter above clearly confirms that the first part of my statement in FOI Confirms ERYC Endanger Refuse Collectors published over a week prior to the letter sent by ERYC is correct:

“ERYC in July plans to increase the workload of Refuse Collectors without undertaking appropriate risk assessments.”

Given that the first part is already confirmed I am sure residents will appreciate that the information I received from one of my sources on the top floor of County Hall is also on the money regards the second part.

NB: I will return to the second part in detail at a later date.

I refer to the Court of Public Opinion the statement in the letter above:

This is because those who live just over the Council’s border are responsibly depositing waste at the ERYC recycling sites. But shock horror this is not their Council area.

When will those on the top floors of Council buildings celebrate those who are not fly-tipping and encourage responsible waste disposable however this occurs?

It is good, and indeed should be encouraged, for the environment that residents travel to their nearest recycling site regardless of which council area they live in and where the respective site is based. Anyone for a dose of common sense?

This clearly demonstrates that those in their Ivory Towers of Local Authorities are incapable of getting their heads together to make the required financial adjustments if one exists. Can someone please pass that sledgehammer to open this little nut? 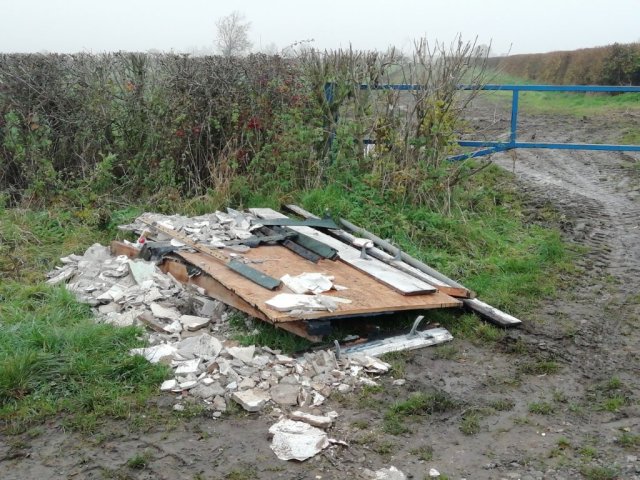 I am aware of many farmers who lived near the Burnby Lane tip outside of Pocklington who had to deal with fly-tipping on their land when the tip used to close. This issue was addressed by not closing the tip. Simple!

Sadly ERYC has now gone full circle by closing the sites to those who want to responsibly use them.

Will ERYC extend the policy to litter bins and other services?

I highly recommend that Senior Officers and Councillors acquaint themselves with their Statutory Duty as per the Environmental Protection Act 1990.

Would anyone like to remind me of the ERYC Environmental Policy? Would Bridlington Councillor Andy Walker, Yorkshire Party, like to advise his residents who received the letter?