Posted on September 23, 2021 by andystrangeway

After the exposing of ERYC: Over 500 Families In Crisis and ISL Residents Banned From Day Services many have asked why the ERYC Councillors allowed such failures. 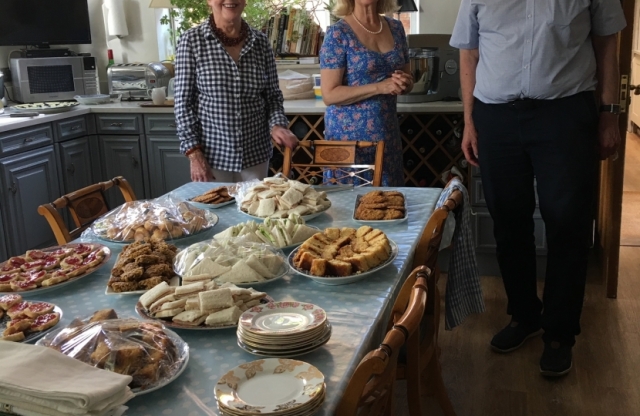 When Yvonne Rhodes, ERYC Head of Business Management and Commissioning was admitting that over 500 families are in crisis East Yorkshire Conservative Councillors were busy cutting the crusts off sandwiches and raising £300 for their “campaign war chest”.

I would suggest that there are already at least two “battles” at East Riding to fight NOW never mind campaigning for the next “war”.

Sadly the photo and the statement on their own website confirms how removed from reality the East Yorkshire Conservatives have become.

But there is some hope that those involved are all aware of how vulgar their behaviour is in the light of the 500 families in crisis and ISL residents banned from day services given that all of their heads have been removed to protect their identity.

It is certainly a case of afternoon tea whilst East Riding burns.

What more can you say?