Posted on April 6, 2022 by andystrangeway 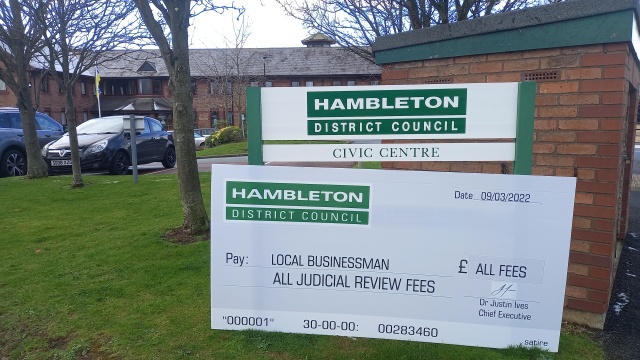 This suggests that our Mick lied when he stated:

It has been suggested to me that I may have misunderstood Mick so I offer to the Court of Public Opinion unedited video evidence.

When I last exposed a senior HDC officer to have failed I was put on the naughty table and Mick was my sole point of contact.

Will I find myself on the HDC naughty table again for exposing the truth of a senior officer lying?

I love the irony of Mick, the liar, Jewitt being my sole point of contact for exposing the truth!

In Deputy Chief Executive Unaware Of Judicial Review I stated:

“… this would suggest that all HDC Councillors have not been informed. That, for reasons unknown, would point to an attempt to cover up.”

As Mick was on leave this week, Jon Berry, HDC Chief Planning Officer kindly informed me:

“I can however confirm that leading Members, including those on the Planning Consultative Panel, have been briefed on the Judicial Review case and the outcome.”

Perhaps Jon would like to advise where in the LGA 1972 it refers to “leading Members“?

Jon should know, that there is no such thing but I thank him for confirming that all HDC Councillors have not been informed.

Like many other senior officers of North Yorkshire Councils Mick will need to be seeking new employment in the coming months.

I am sure any future employer will Google Mick Jewitt, Hambleton District Council. This does not make for the best of CVs Mick. In the public interest, I will link this post to those listed.

To help Mick in a future job search I would like to offer him the opportunity to send me an apology for his lies. I would give this my due consideration for publishing.

Which Council Officer Is Next?

Who will be the next Local Authority senior officer I record telling lies?

Could it be one from ERYC?

Truth is great and it will prevail.

This entry was posted in Hambleton, Planning. Bookmark the permalink.
Loading Comments...